I am an award-winning creative director, designer, agency owner and author. In 2002, I founded the creative agency Riser, which provided design and development services for clients that included Disney, Google, Warner Bros., Fox, NBC, ABC, National Geographic and many other high-profile brands. Following 13 successful years, I sold my agency to Eli Kirk in 2015. The combined agency rebranded as EKR where I served as a partner and Chief Creative Officer for a little over two years.

Prior to founding my agency, I served as a Senior Creative Director at Fox Studios where I managed the design, editorial and development teams for the Fox Kids and Fox Family brands.

My book, Burn Your Portfolio: Stuff They Don’t Teach You In Design School But Should, was published in 2013 and has been one of the top-selling design industry books since its release. It is currently available in English, Russian, Chinese Traditional and Chinese Simplified languages. In 2019, my book, The Psychology of Graphic Design Pricing: Price creative work with confidence. Win more bids. Make more money., was released and is now available in both English and Russian languages. 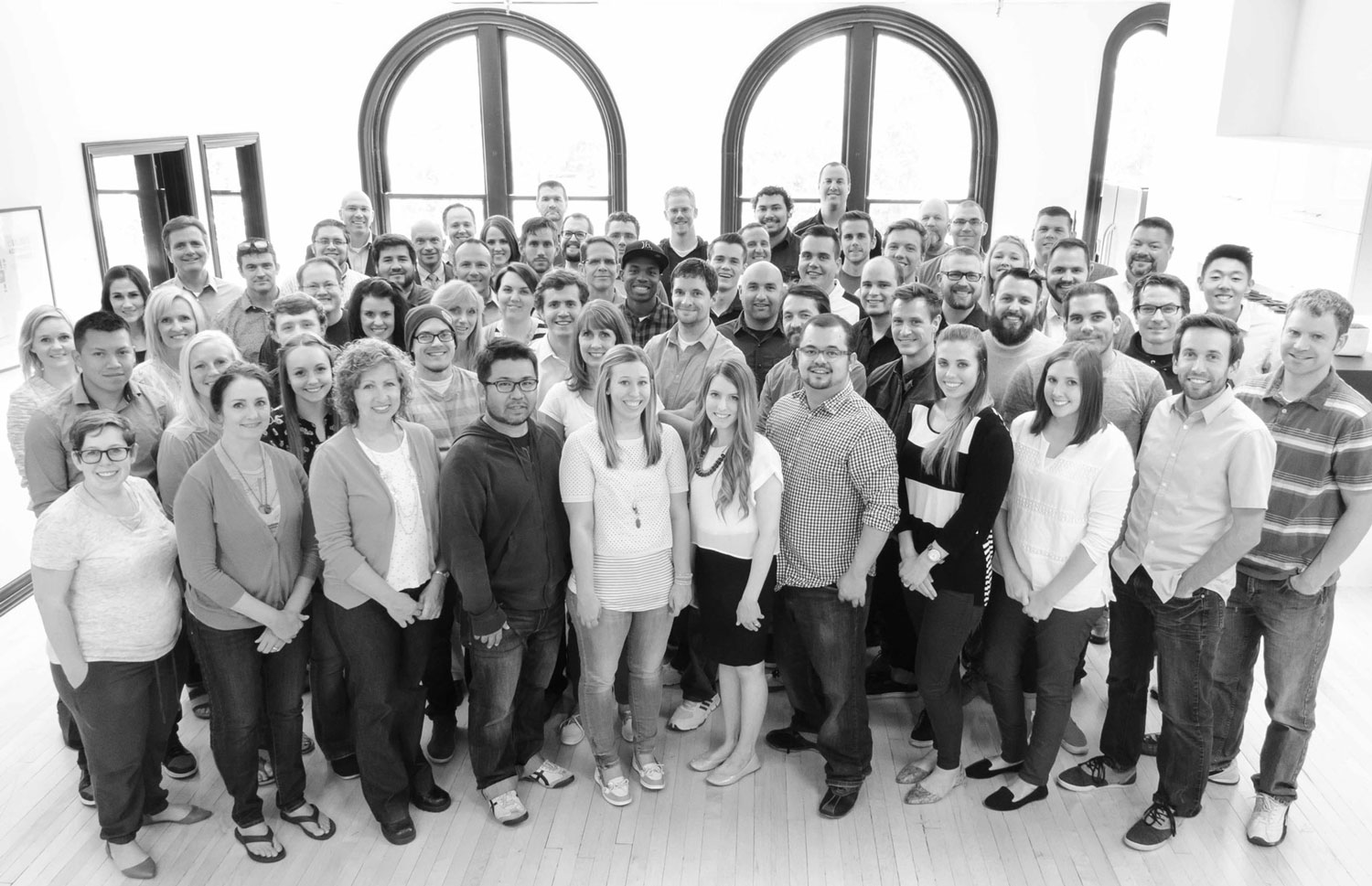 Following a successful thirteen year run, I sold my creative agency, Riser, to our long-term, friendly, competing agency Eli Kirk. After a brief initial period operating as Eli Kirk Riser, we rebranded the agency using the acronym EKR. For a little more than two years following the acquisition, I served as a partner and Chief Creative Officer at the agency where I managed the creative services team and collaborated with the other partners to manage and grow the business. 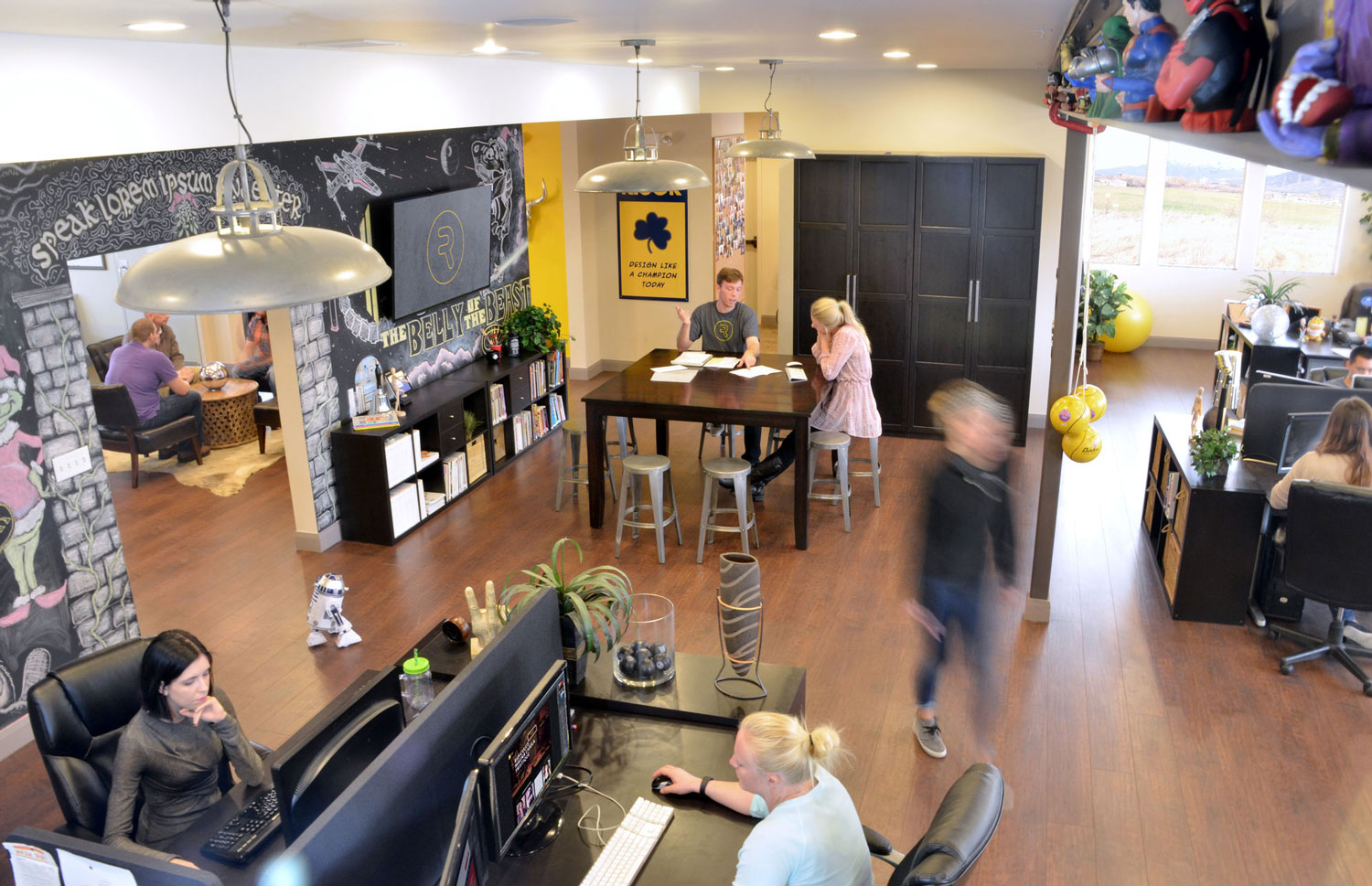 I founded the creative agency, Riser, in 2002. Initially working from my home in Los Angeles, my first clients were Sony, ABC Family and TDK. Within a few years that client list expanded to include Disney, ABC, Google, NBC, Fox and many other notable brands in entertainment and technology. Over the course of Riser’s existence I managed the company to an average annual profit margin of 31%, won numerous awards for both business growth and work quality, and employed more than 70 designers, programmers and support staff. 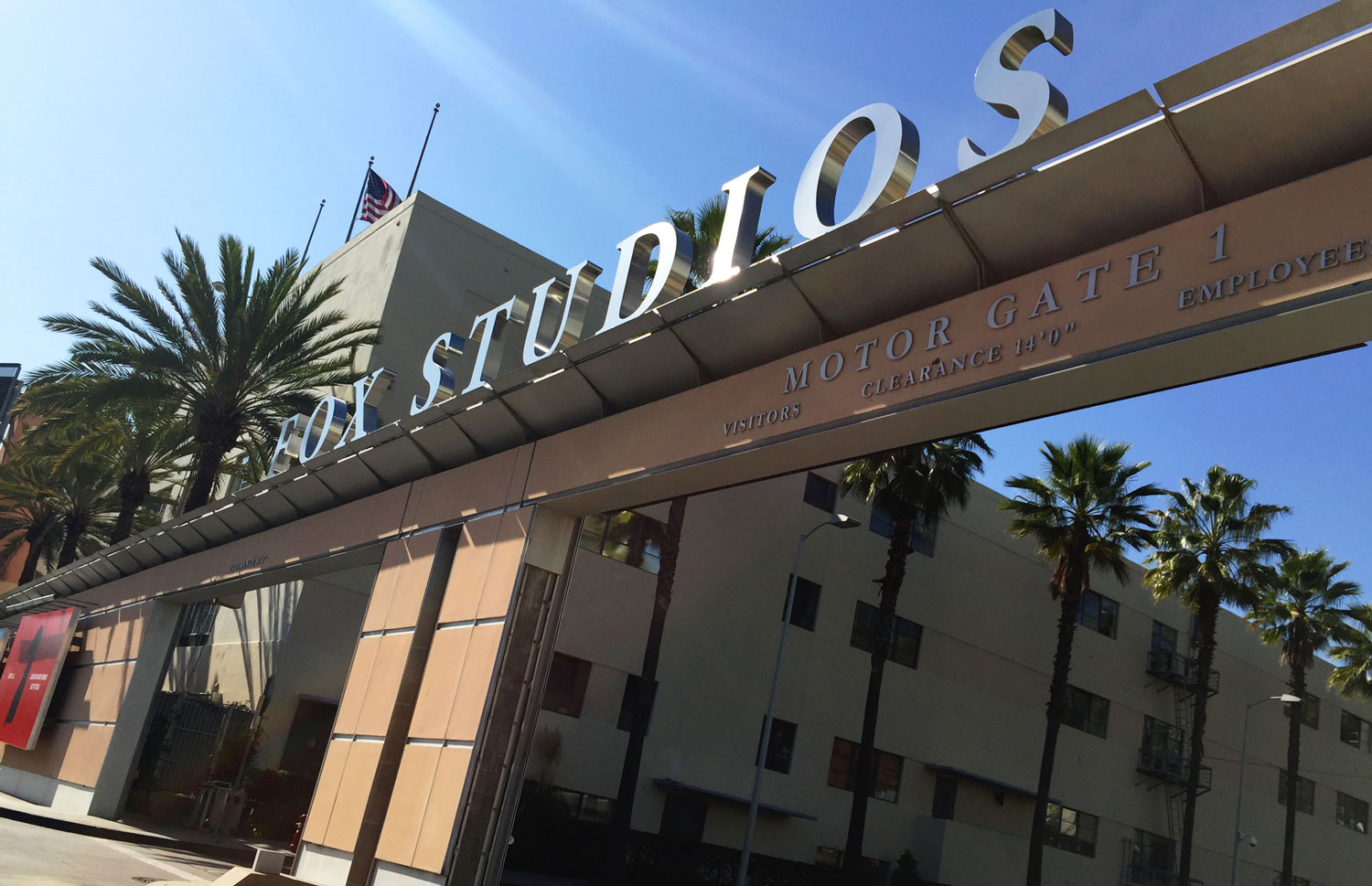 During the height of the dot-com era, I operated as a Sr. Creative Director at FOX where I managed the design, editorial and development teams to execute on all digital aspects of the Fox Kids and Fox Family brands. While working at FOX I orchestrated multiple website launches, creation of brand style guides, as well as development and implementation of advertising initiatives. Additionally, I collaborated with senior executives to manage the Fox Kids and Fox Family brands across all marketing platforms. 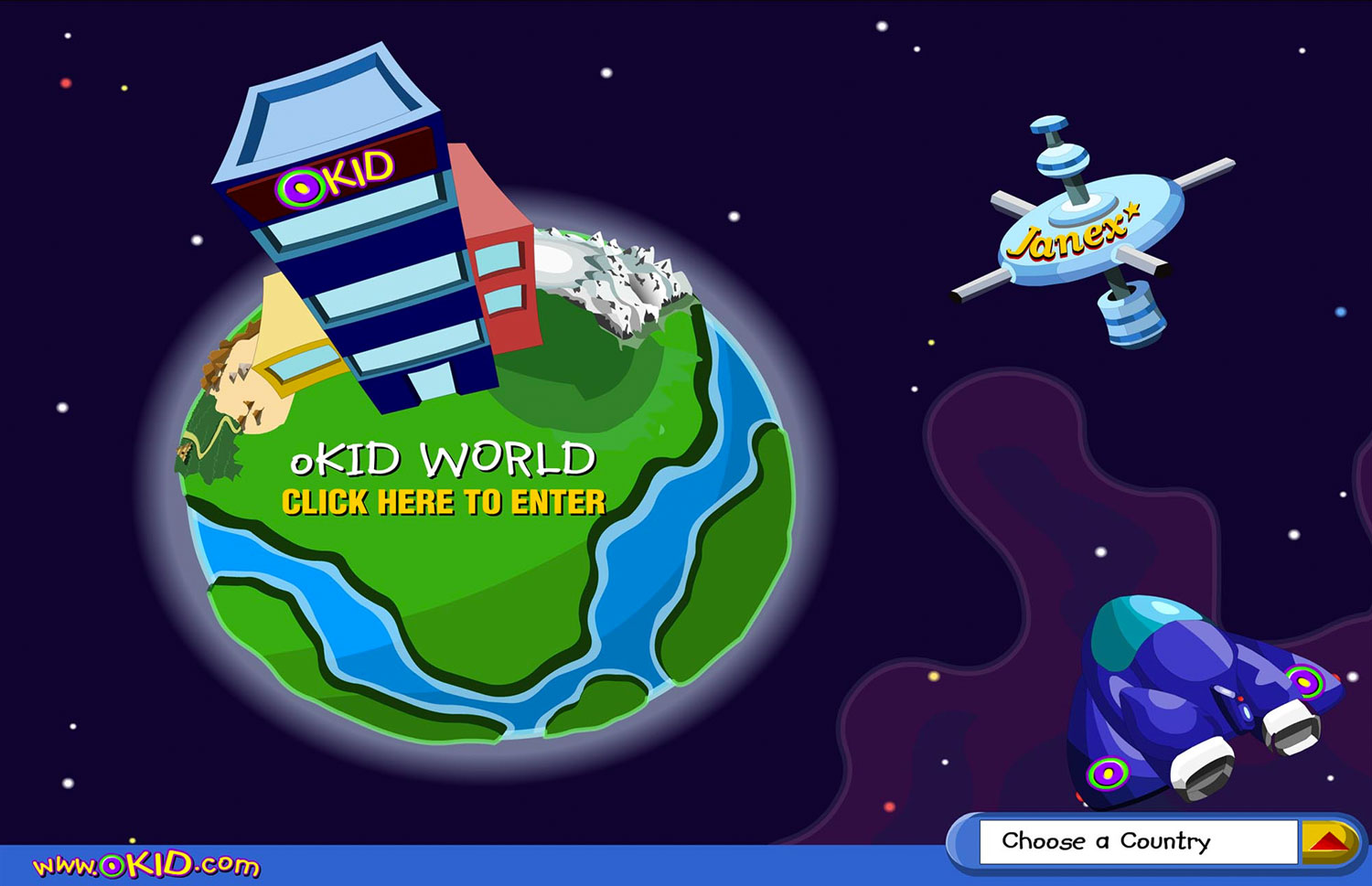 In 1998, while living in Phoenix, Arizona, I was hired by an emerging children’s toy and book company called Futech Interactive Products, Inc. I was their first dedicated digital designer and was tasked to create their company website. Through an “always exceed expectations” mindset, I expanded on the initial vision and orchestrated the creation of a fully interactive website for kids called oKID World. The site included online games, cartoons, interactive environments and educational materials. I received several promotions and quickly found myself managing more than 20 designers, programmers and editorial staff members. oKID.com was one of the first websites of its kind.

I am an executive level creative leader with more than 20 years of experience in both in-house creative departments and agencies working with some of the greatest brands in the world.

I founded the creative agency, Riser, in 2002. Over 13 years I led Riser to a 31% average annual profit margin. Riser was a nationally recognized agency creating high-profile work for clients including Disney, Google, ABC, Fox, Warner Bros., NBC, TV Guide and numerous other notable companies. Producing topflight work with exceptional customer service, Riser grew significantly including annual revenue increases of 94% in 2006, 33% in 2008, 36% in 2011 and 117% in 2012. Our three year growth rate of 235% in 2013 resulted in a ranking on Inc. 5000 (#1657). Riser’s work quality and successful business practices yielded some of the most coveted awards in the industry including Webbys, FWA, Awwwards, AIGA and Addys. Riser is also one of Utah’s most decorated Best of State award winners with 16 medals and one Best of State Statue.

In 2015, I sold Riser to a competing Utah marketing agency named Eli Kirk where I became one of four partners at the agency and its Chief Creative Officer. Following the acquisition I orchestrated a rebrand of the agency as EKR. With our new brand in place and following a revised strategic direction for the company, EKR realized 42% annual revenue growth in our first year as a combined agency and our 70% three year growth resulted in a listing on the Inc. 5000 in 2017 (#4018) and 2018 (#4769). In collaboration with the other partners, we successfully migrated Riser’s clients and acquired new notable clients including Google, National Geographic, ABC, Intel and Netflix.

My work and business have been featured by Print Magazine, HOW Magazine, Utah Business Magazine and BusinessQ Magazine, where I donned the cover of the December 2012 issue highlighting their article for “Utah’s Coolest Entrepreneurs.”

On a personal note, I live in Utah with my wife and three sons. We are “beach people” and regularly find ourselves laying in the sun at our favorite place on earth, Kauai’s north shore. During my early 20’s I lived in Colombia for two years and speak fluent Spanish. I play guitar and piano. I bench pressed 300 pounds on my 40th birthday. I’ve been to the top of Machu Picchu. I hold a first degree black-belt in karate and I have a multigenerational, genetic love for the Chicago Bears. 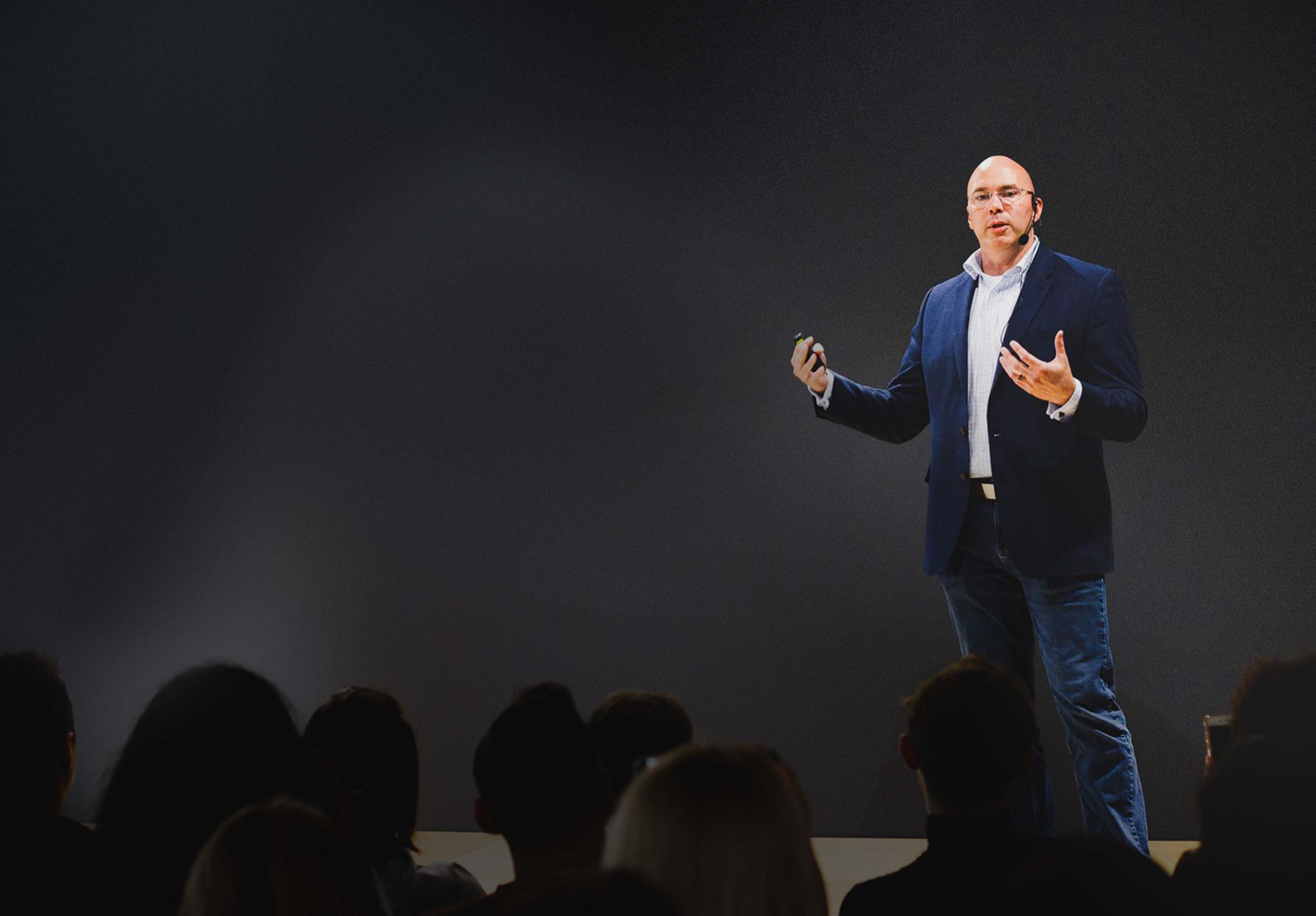 Throughout my career, I have had the privilege of providing creative services for some of the most recognized and revered brands in the world. I consider it an honor to have served these great companies through creative direction, art direction, design and development services.

From both a personal and professional perspective, Mike Janda is simply one of the best people I've worked with. His pride in his work is unparallelled, as is his flexibility and professionalism. As a vendor contracted by ABC.com, he's guided his team through tight deadlines and shifting specs to produce top-flight work, creatively and technically strong. Mike is a go-to guy.

Michael Janda and his agency are a pleasure to work with. They deliver excellent work with zero complications- there's no agency with a better work ethic and customer service attitude. 100% of their work has been done remotely, and we've never had any issues with communication or delivery...my go-to agency when I need something done well and done right– highly recommended.

This book should be a mandatory course at art schools…no, at all schools! The message transcends occupation; it’s about maneuvering through the unspoken rules and dynamics of various personalities in your workplace. Mike is a perfect person to deliver this message; his long-term relationships and success of his business are the true testimony of his skills on managing up, down, and sideways. Your talent alone will take you nowhere if your character doesn’t support it. If you want longevity in your field, this book is a must-read.

I’ve worked with Michael and Riser for many years, and the thing that differentiates Michael and his team from other agencies is their ability to speak my language versus design speak! Michael and his company Riser are not only super-creative, they are total professionals. Communication is a big reason why Michael and his team are so successful at what they do. They are good at not only listening to a client who is not a designer and is trying to convey the details of a project, but also on working with the client to get the job done well, on time, and also on budget. I can’t think of a better person to give advice to designers who need to work with clients in the real world.

I’ve known Mike Janda for over 13 years. I’ve seen his company grow from a small mom-and-pop web agency to a full-fledged industry leading agency. I can still remember the first time I met Mike when he was our creative director, and I was a fresh-out-of-college intern. My boss at the time sent me to retrieve a booklet from Mike. To this day, I can still remember my conversation with him. He treated me with the utmost respect and sincerity. He didn’t have to be nice to me, but he was. And he most certainly didn’t treat me well based on my job title. And that is why I believe Mike has all the qualities that all bosses should emulate. He is honest, smart, responsible, and most importantly, conducts business with a smile. In such a fast moving industry, it’s hard to find people you trust—but I’ve always trusted that Mike has had my best interest in mind. It’s not a trade secret to be nice, and you can’t buy or download that in an app!

My introduction to Mike occurred as he interviewed me for a job. He immediately proceeded to deconstruct my portfolio and find the nuggets of talent contained in it (small), and then on the fly proceeded to help me formulate my pitch to him. Somehow I still got the job. From Mike I learned everything I know about beating the procrastination monster, along with so many other useful things, all skills I use to this day. And fortunately for the rest of the design world, Mike has put all of these tips into a designer’s guide to getting along in the real world, with all his humor and insight intact.

The straightforward and funny advice in Janda’s book is what most people learn only after toiling in the corporate trenches for years. (Um, how dare he share ALL our secrets?!) I hope he’s charging at least a year’s worth of school tuition for this book. Seriously, take copious notes on the practical suggestions offered here to help steer your own career, whether it’s your first job or your 15th freelance gig. The drama free work approach and leadership style outlined in Burn Your Portfolio is what makes working with him and all the folks at his company, Riser, FUN and worthy of the cupcakes we send to celebrate each of our successes together. 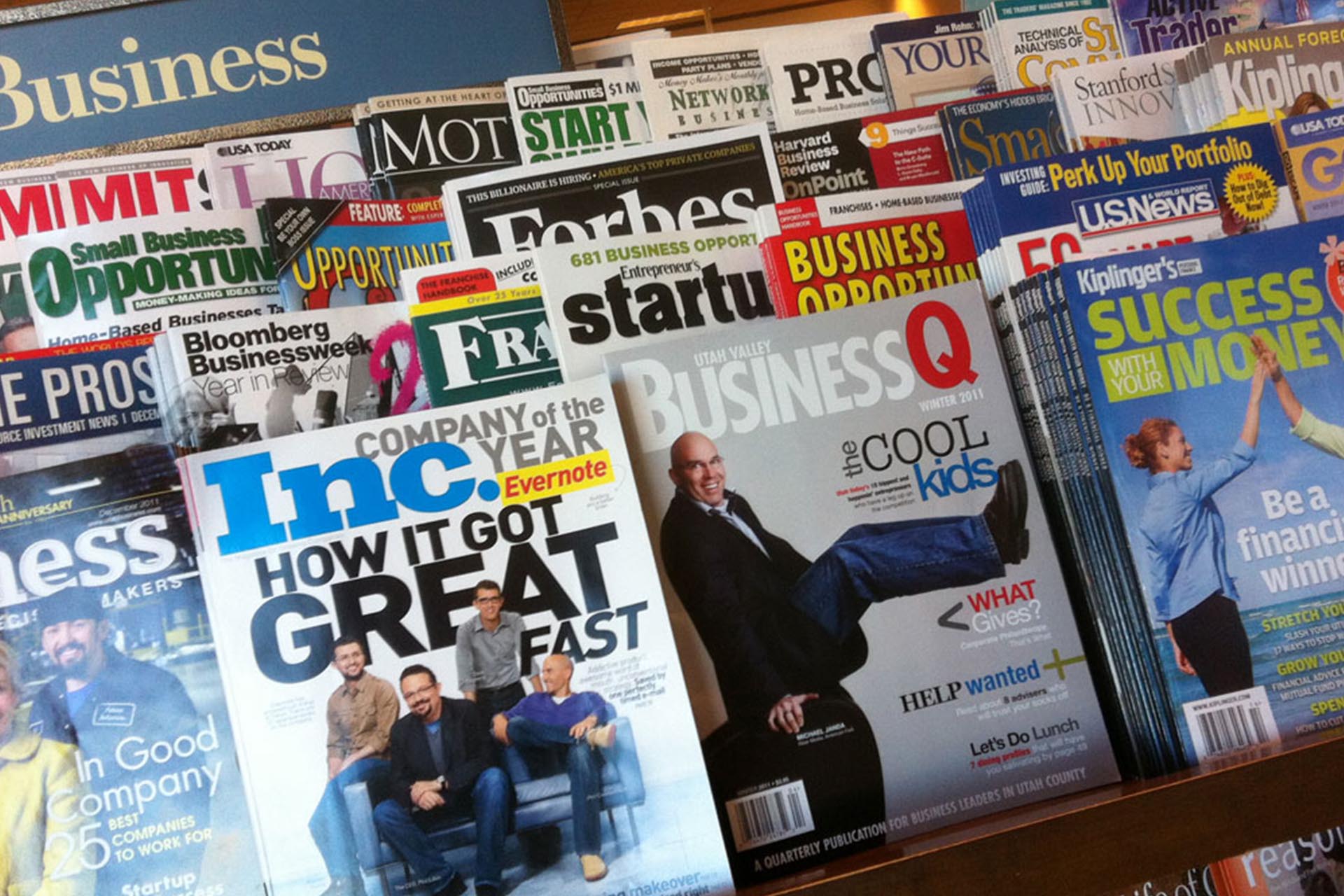 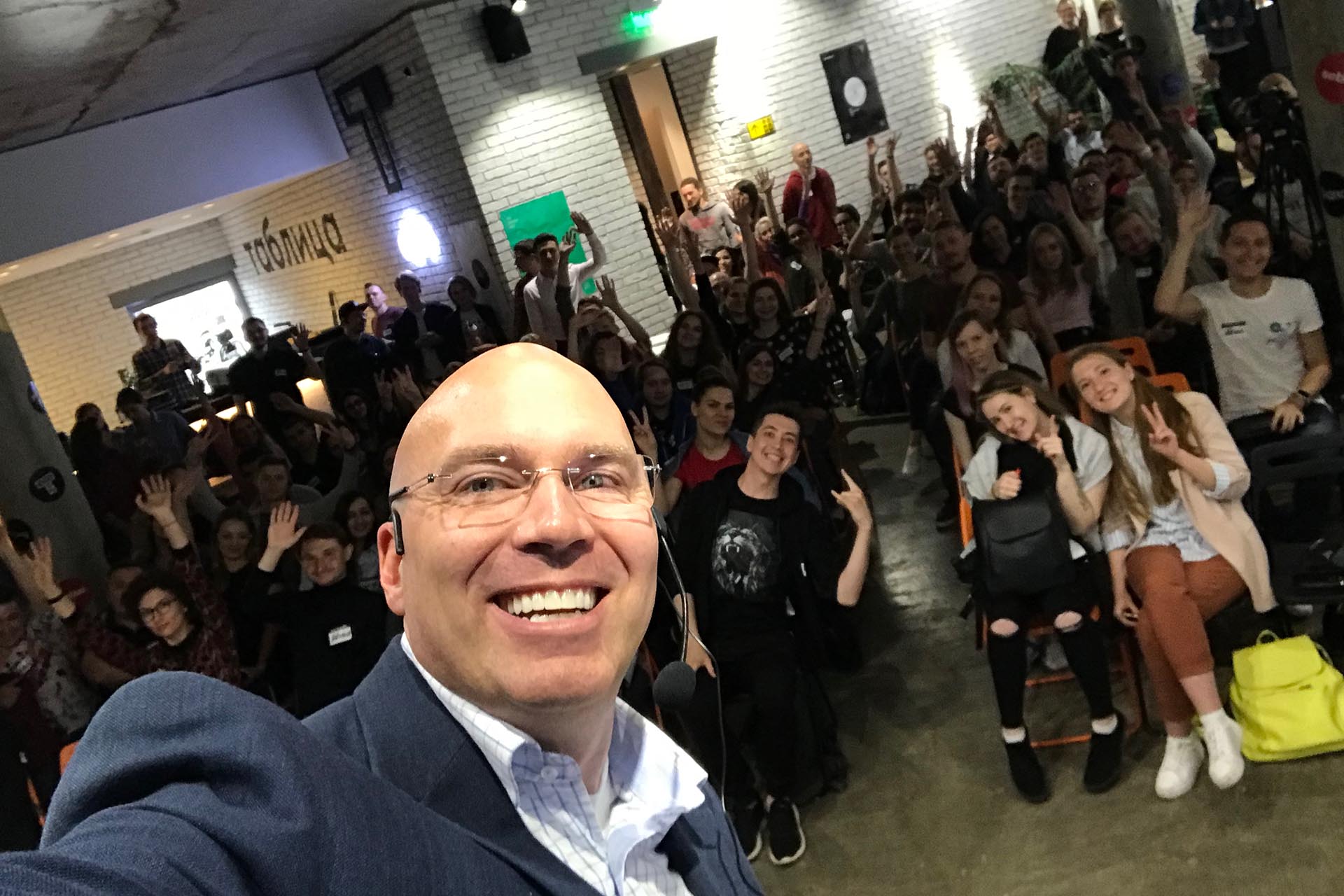 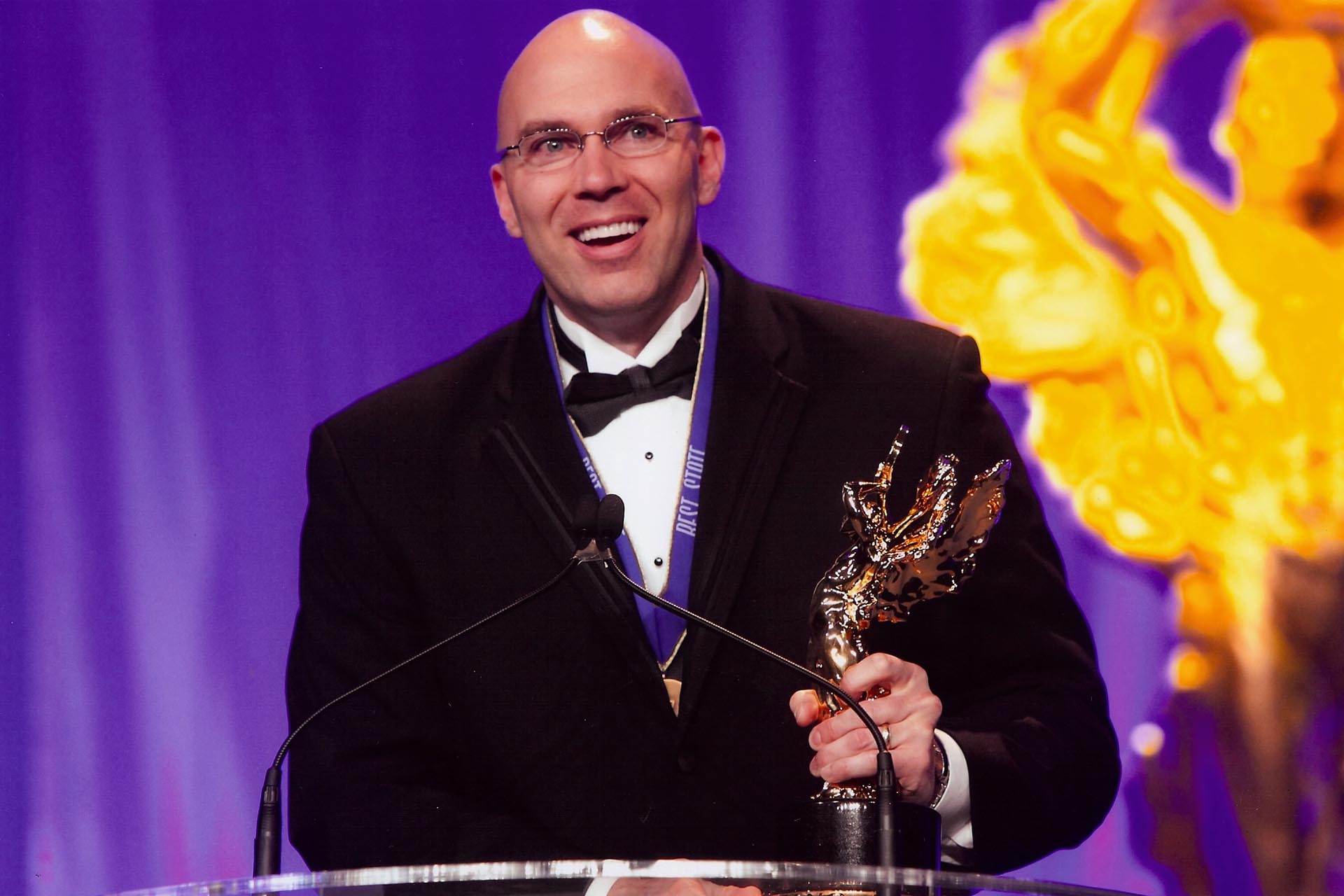 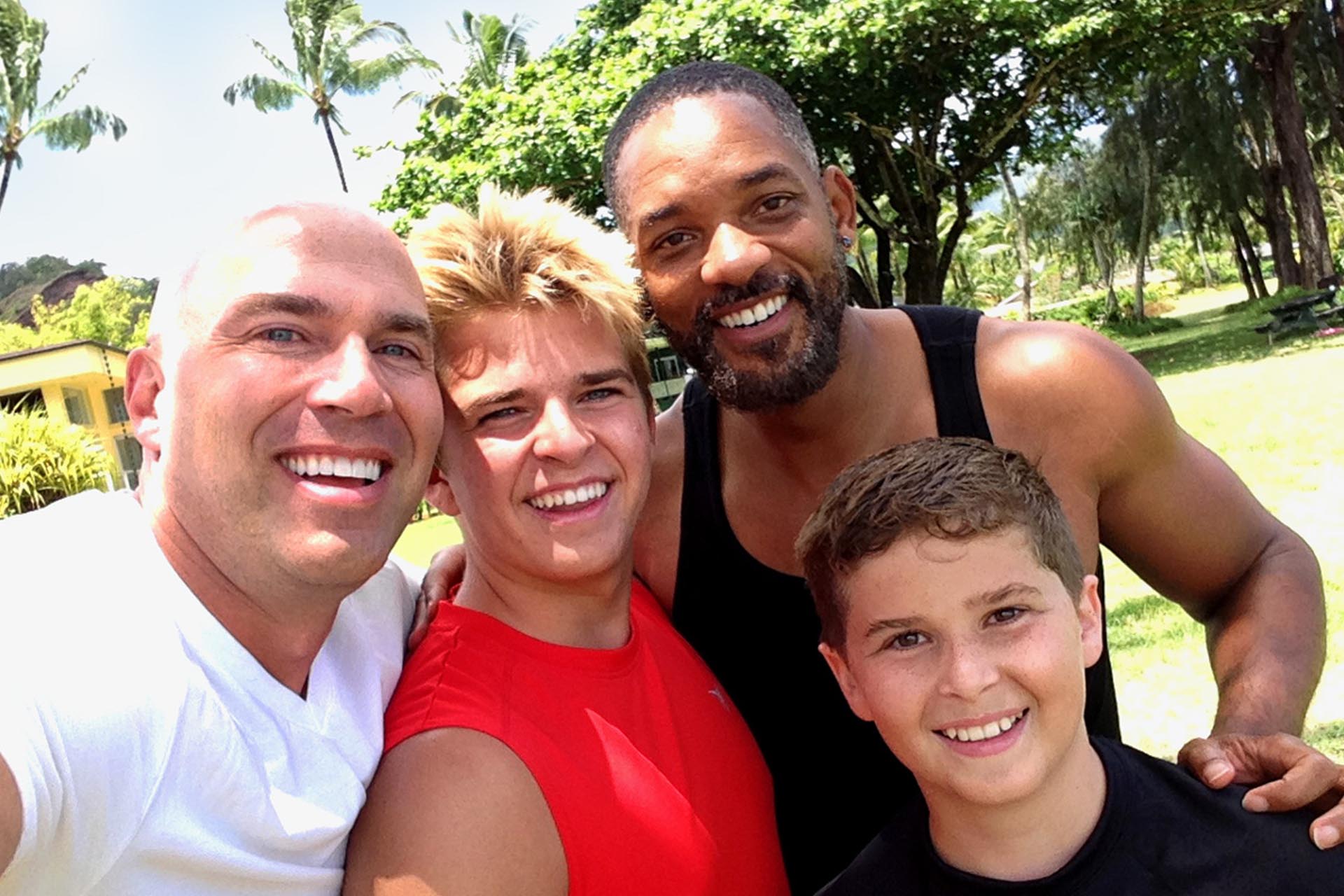 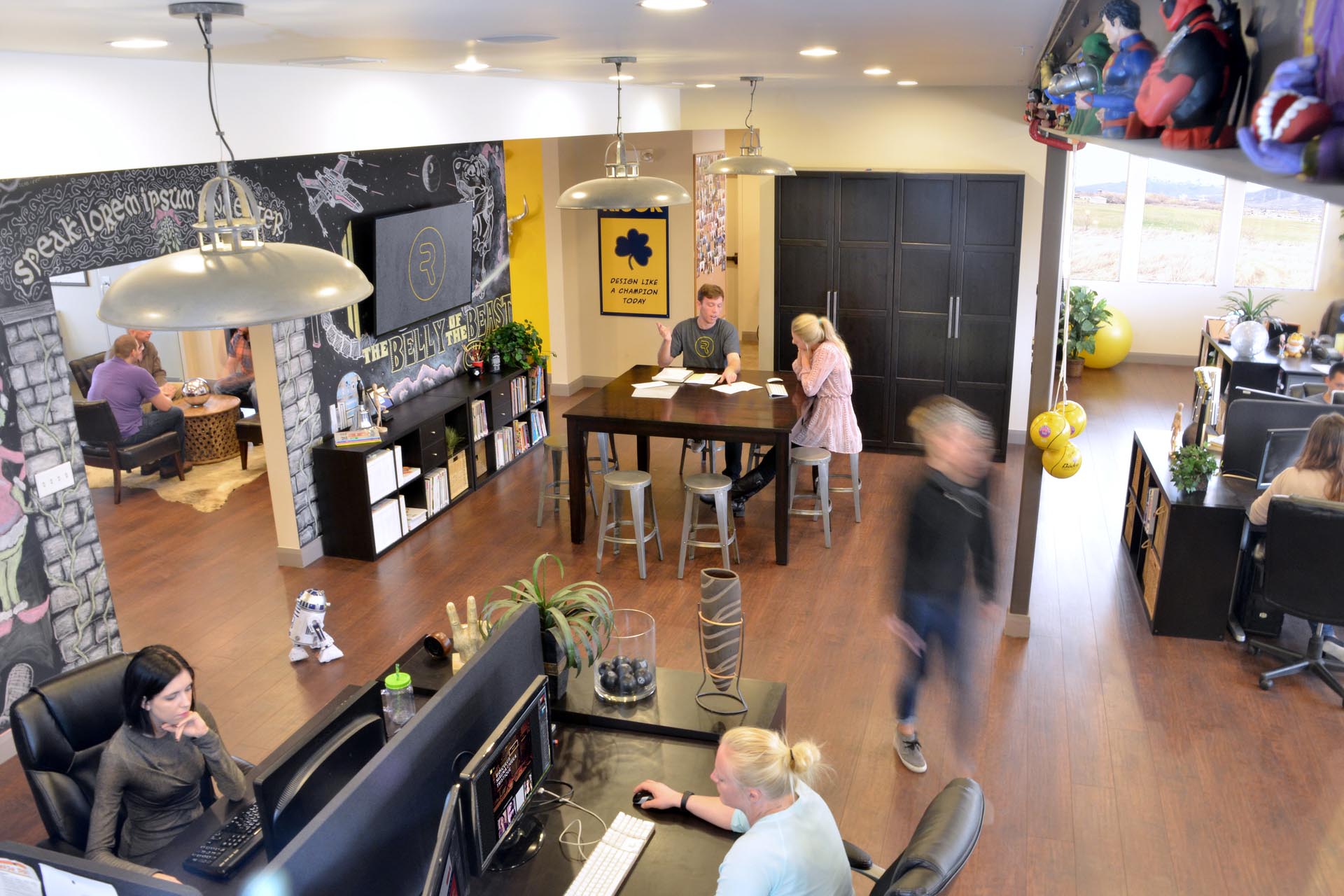 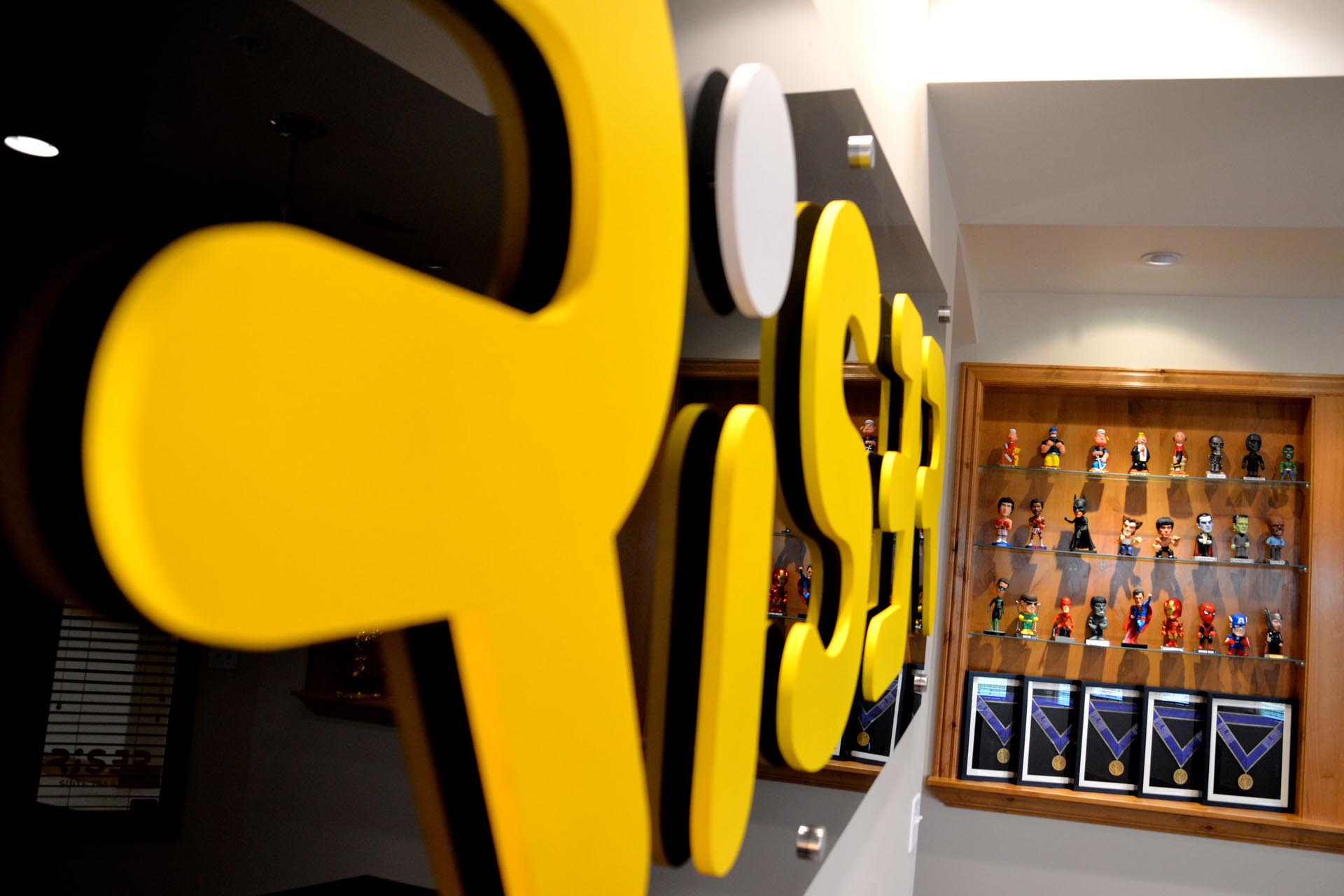 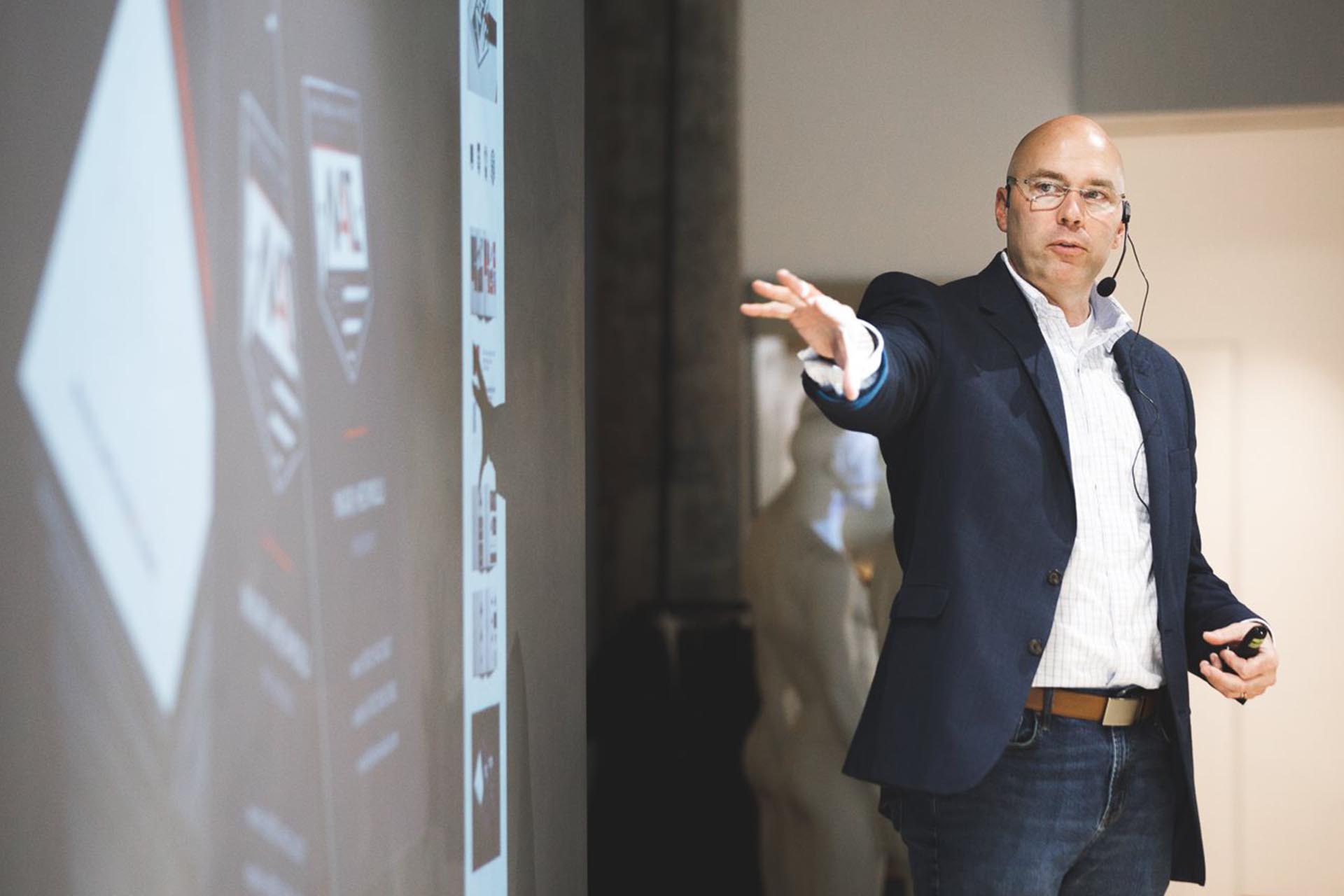 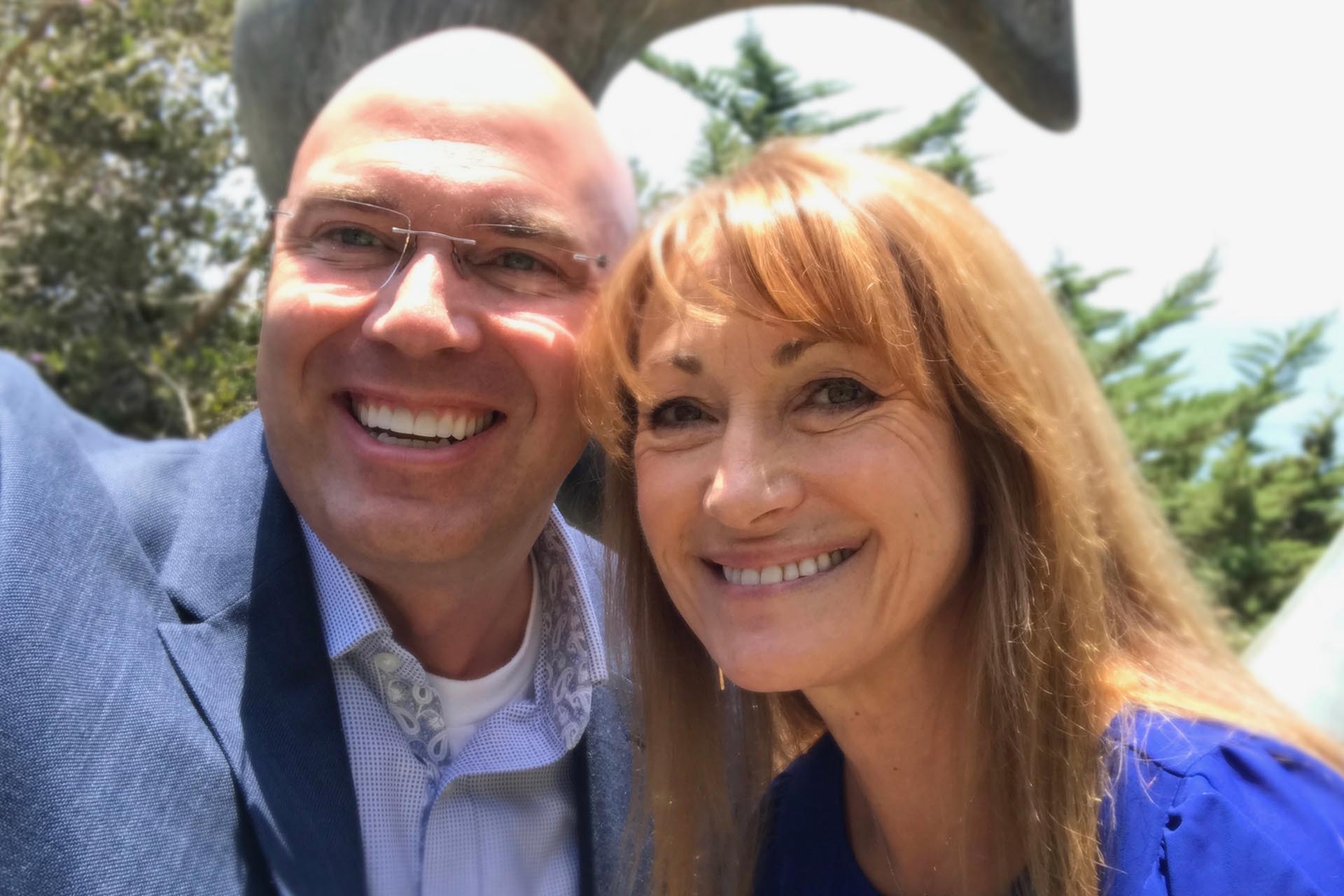 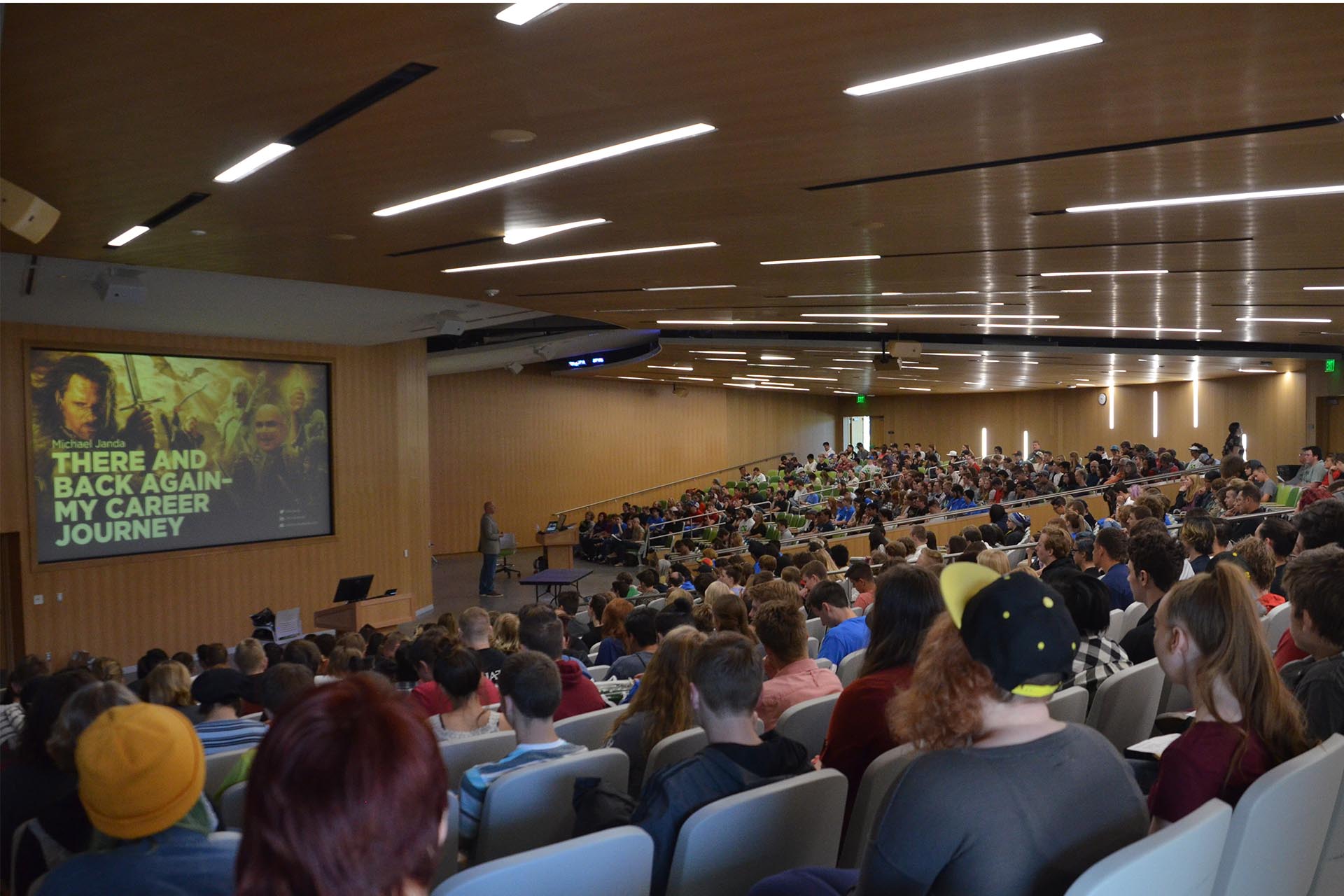 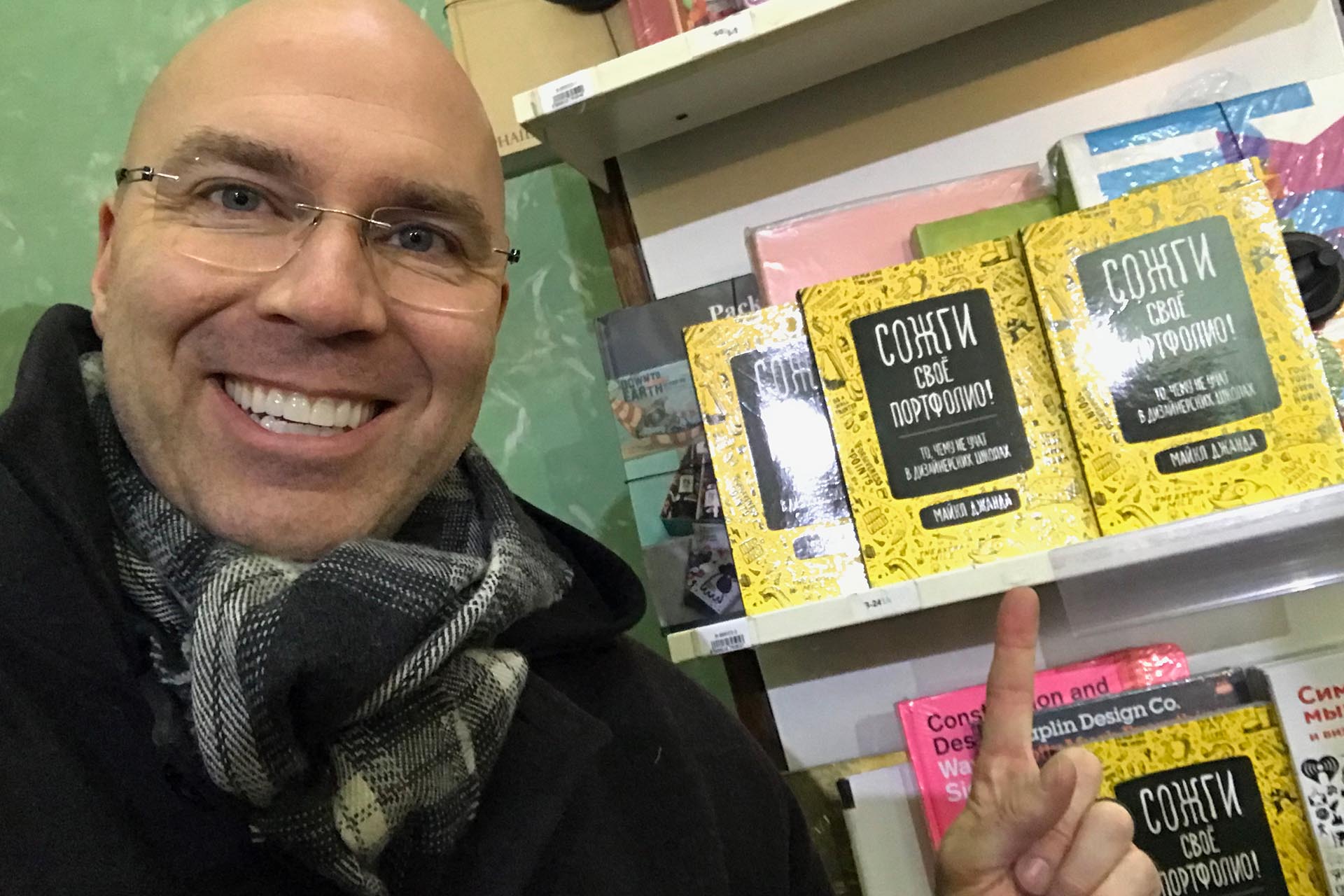 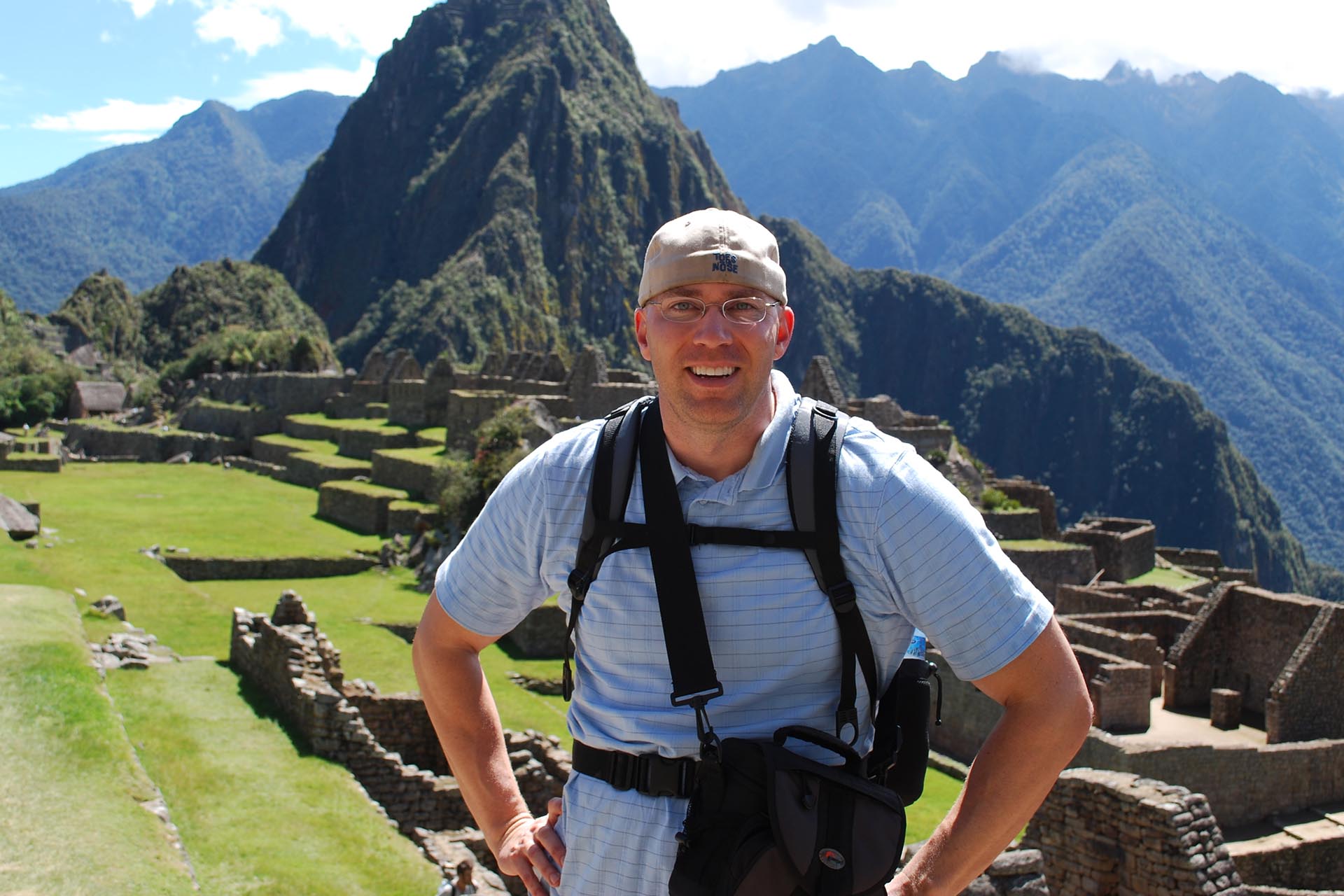 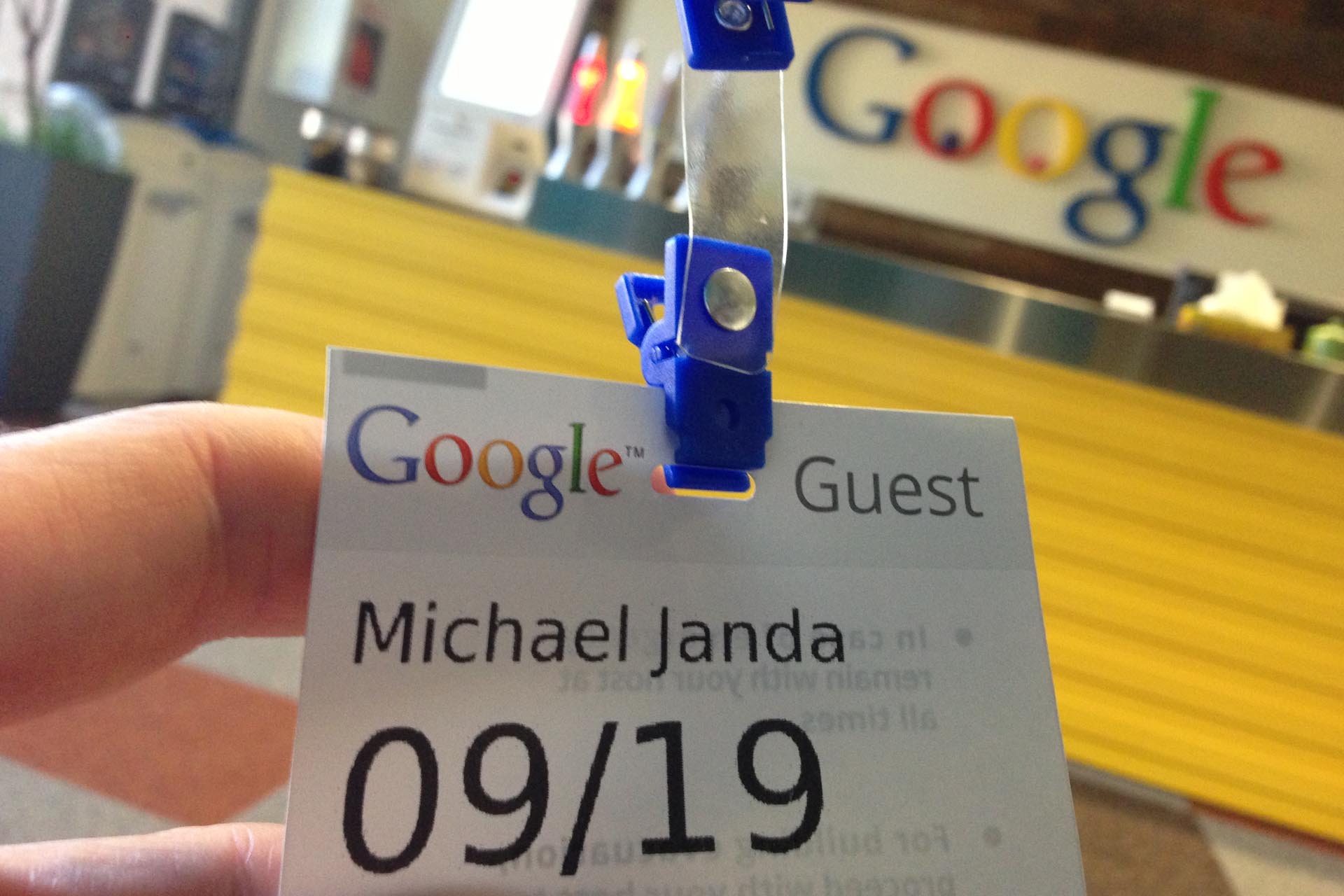 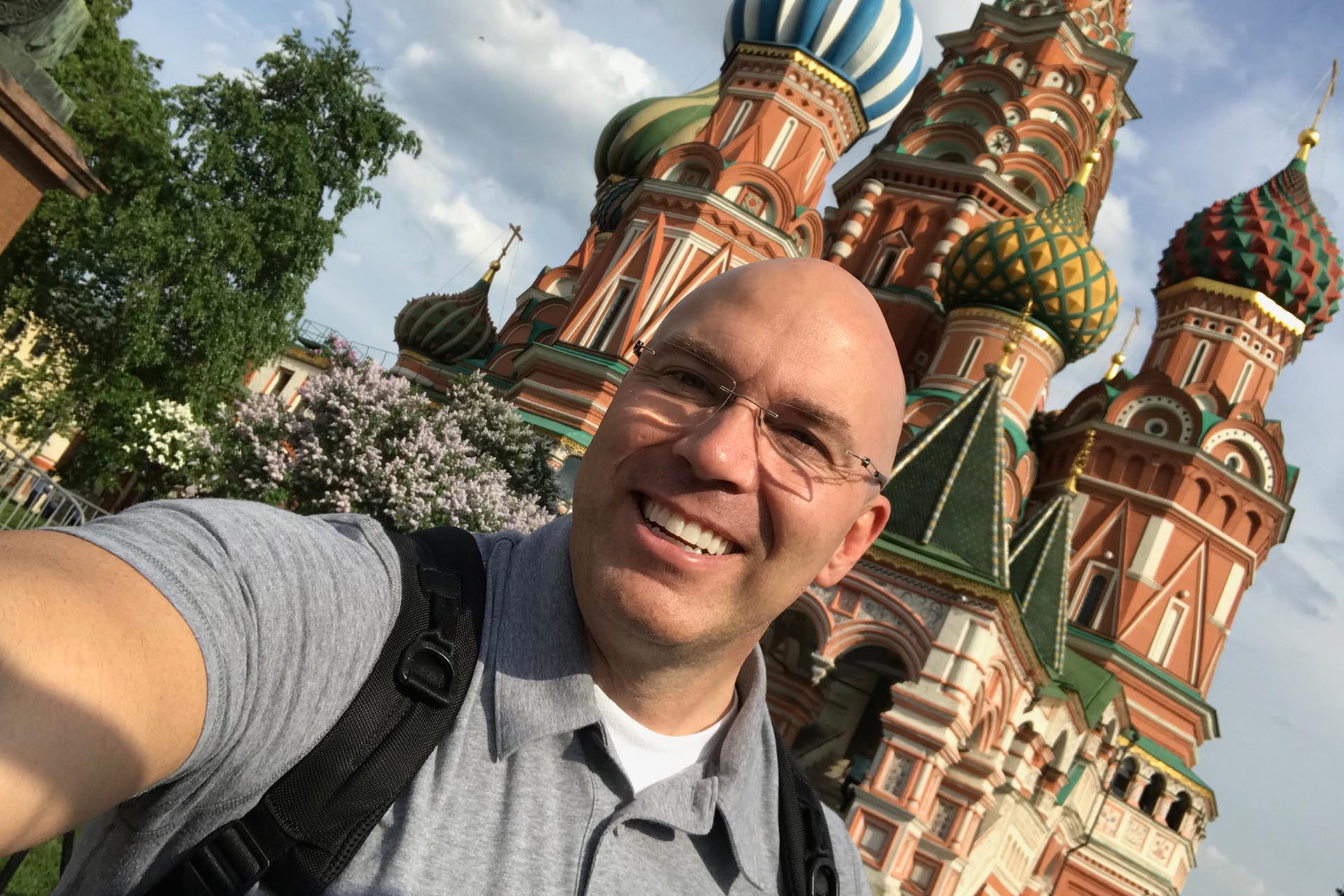